On his first attempt at magnet fishing Adam, 22 finds a safe full of jewels, watches and medals. Read the story and watch the video here!

Beginner Magnet Fisherman, Adam Hastings, 22, made the discovery on his first ever attempt at the hobby.

He purchased his magnet online, which was a small neodymium magnet and used it to magnet fish the Pittville Lake in Cheltenham, Gloucestershire.

Adam said “I cast the magnet into the lake about 5 or 6 times as I recall, with no luck” “But then I felt something heavy on the end of the line” “When I managed to get it reeled in, I realised it was a safe”

There was a lady walking a dog nearby when Adam realised what he was reeling in he asked the lady to film the moment.

He had also found a smaller magnet, which Adam believes was used to try and retrieve the safe by the people who stole it. The Magnet they had tried to use was not powerful enough to retrieve the safe, unlike Adams.

Upon opening the safe it was then that he realised it was full of sentimental items from a robbery.

Inside the safe was a number of watches which unfortunately were damaged, necklaces, bangles, coins and some war medals.

All of the contents of the safe, along with the safe itself have been handed into the local police in the hope they can be returned to the rightful owner.

The value of the magnet fishing haul is yet to be established, but Adam is very happy that they could be returned to the place they were stolen.

Adam 22 from Cheltenham said ” I decided to give the hobby a go after seeing magnet fishing featured on a TV Show, It looked like a very interesting thing to do, that wouldn’t cost too much money and would get me out and about”

“It was my first time, I never expected to find something so substantial” “It goes to show that there is so much out there to find, next time I may get a boat and go to the middle of the lake”

Here’s the video of the moment Adam pulled the safe from the lake with his magnet.

This site uses Akismet to reduce spam. Learn how your comment data is processed. 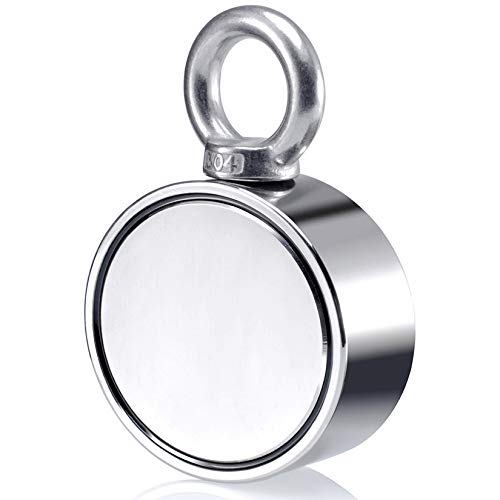 Last updated 2020-10-24. Product details from Amazon PA-API. When you buy through links on our site, we may earn an affiliate commission.