It is with a heavy heart that I write this magnet fishing tragedy news story.

Father & Son have been recovered by police divers in Huddersfield, it is believed they were Magnet fishing in the Huddersfield canal.

Both of the bodies were recovered from the water very close to the Cooper Bridge area.

Carlton Young, who is a West Yorkshire police duty inspector, reported the father and son duo had left their home around 6.30 am on Sunday morning to go magnet fishing at the River Calder canal, very close to the BP petrol station and water treatment centre. – Source Huddersfield Examiner

A passerby had discovered some unattended personal belongings at the side of the canal, including car keys, a jacket and a camera. She was concerned and when she returned half an hour later to realise the items were still there she contacted the police.

The police discovered the keys belonged to a Jaguar, and from there traced the car back to a house in Pudsey. The man’s wife told police that they had set off at 6.30am to go magnet fishing for the day.

“They were due to be back at around lunchtime. We got the Humberside, underwater search team at around 5.30pm yesterday evening and the bodies were recovered at 7.30pm”

“At the moment we really do not understand how it has happened. One may have fallen in while the other tried to help, but at this point, it’s just a presumption and we may never know the real circumstances”

“We are appealing for witnesses at the moment to get in touch. Incident 740 of the 16th. We are making further enquiries”

This is the first report of any kind of tragedy in the Magnet Fishing hobby I believe in the UK.

Please stay safe, the hobby is wonderful but not without risk or danger.

My heart goes out to the family and friends of Jack & Martin Andrews.

This site uses Akismet to reduce spam. Learn how your comment data is processed. 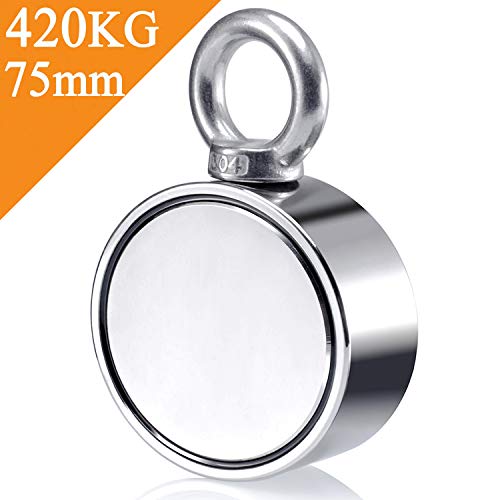 Last updated 2020-08-07. Product details from Amazon PA-API. When you buy through links on our site, we may earn an affiliate commission.